Nampa Housing’s Mission is to provide safe, decent, and affordable housing under good repair. Public housing programs were historically administered at the local level by PHAs which are Non-Federal public agencies authorized by State legislation and generally established by the action of a town, city, county, regional area or state.

Located on 9 sites in Nampa, Idaho, are 142 units owned and operated by Nampa Housing Authority. These units are leased to low-income families, seniors, and disabled applicants that pre-qualify for housing.

In 2018 the Board of Commissioners of the Nampa Housing Authority made the decision that it was in the best interest of the Nampa (and Treasure Valley communities) for our organization to seek a new path to providing affordable housing to our community. As the Nampa Housing Authority (since 1953) we have operated several properties scattered throughout Nampa as affordable housing units.

However, our ability to develop new units and expand our services as a HUD Housing Authority was severely limited. In 2018 we began the process of restructuring through Rental Assistance Demonstration(RAD) and Streamline Voluntary Conversion. At our core we are committed to preserving and maintaining communities of family housing that are safe, secure, and affordable housing. We will continue our strong, historic partnership with the City of Nampa through preservation of these deeded properties within Nampa and by focusing the future efforts of NHA within the City whenever possible.  Our roots and our history are deeply woven within our City. We will continue to have preference for our community and serving members of our community as we move forward. 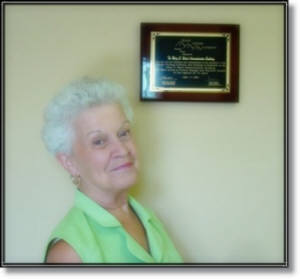 Ms. Baird served for 21 years as Finance Manager and also served as acting Executive Director. Her services, devotion, and commitment to the residents of the Nampa Housing Authority, this building is dedicated as the Mary C. Baird Administrative Building.

Congress conducted the first known study of slum conditions in the USA in 1892. This study revealed there was a less than adequate quality of housing and services available.

The Great Depression was the beginning of government involvement in private sector areas, including housing. To stimulate recovery from the Depression, Congress passed laws to provide jobs through the construction of public buildings and projects, which included housing for the working poor. The Housing Act of 1937 established a permanent Public Housing program and required states to create local Public Housing Authorities (PHA’s).
The State of Idaho incorporated Housing Authorities through Title 50-1905, and Nampa Housing Authority was incorporated on March 25, 1940 as a result of this action.

Due to World War II, actual construction of units did not begin until 1951, 75 units were built with 57 ranging from 2 to 4 bedrooms; the additional 18 units are one-bedroom units and are considered elderly/disable units on the Northside.
The next phase of development took place in 1980. Forty-five units were added at three different sites in Nampa at Checola, Ivy, and Delaware.
In 1994 11 additional units were built in different areas of Nampa at the corner of 4th St N and 9th Ave N and on Hudson.
Another 11 units were built at New Ivy, Stanford Street, and Fairview Ave in 1994.